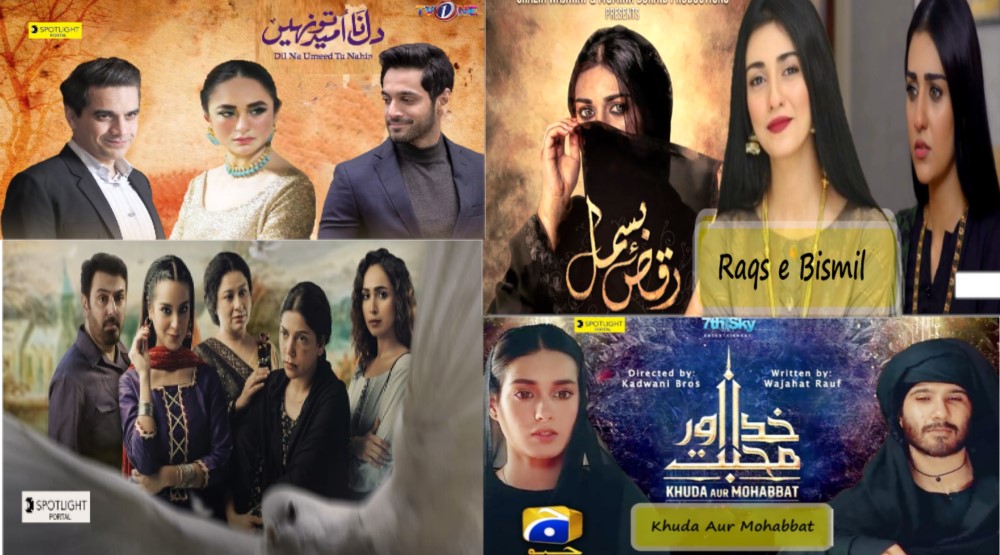 Pakistan’s Drama industry is considered to be at the top of its game, producing meaningful, comedic, romantic, and full of compelling content for its audience. The dramas are not only screened and loved in Pakistan but internationally as well.

Each year, the drama industry comes up with new shows worth watching, and we have list down best upcoming Dramas to watch in 2021.

For complete story of Raqs e Bismil, see our complete post on this drama.

The creators of the 2020 hit show, Dar Si Jaati Hai Sila, are back with another Script called Raqeeb Se, which will air on Hum Television in 2021. The drama is written by Bee Gul is famous for her well-crafted storylines and hard-hitting and engaging scenes.

The promo teasers introduced us to some powerful cast members, such as Nauman Ijaz and Sania Saeed. One other actor that caught fans’ attention was singer Hadiqa Kiyani’s acting debut. She is famous for her powerful vocals, but now she’ll mesmerize her fans with her acting skill, which something to look forward to.

For complete story of Raqs e Bismil, see our complete post on this drama.

Another drama to look for in 2021, written by Amna Mufti, known for her sporadic and beautifully written scripts, is Dil Na Umeed Tu Nahi. The drama is directed by the fantastic Kashif Nisar and produced by Kashaf Foundation, known for giving meaningful dramas. The promo teases a sensitive matter of human trafficking. The character is to be played by none other than Yumna Zaidi. The cast includes Wahaj Ali, Omair Rana, Yasra Rizvi, Samiya Mumtaz, and Nauman Ejaz.

The highly anticipated sequel Khuda Aur Mohabbat 3 is set to release in January 2021. The previous two seasons saw Imran Abbas and Sadia Khan in the lead role. However, it was announced that Feroze Khan and Iqra Aziz would be in the lead, and fans have ever since been waiting for the release. The teasers released nothing of the actual story. Still, considering the first two seasons, the story revolves around a love story with the undertone of spirituality.