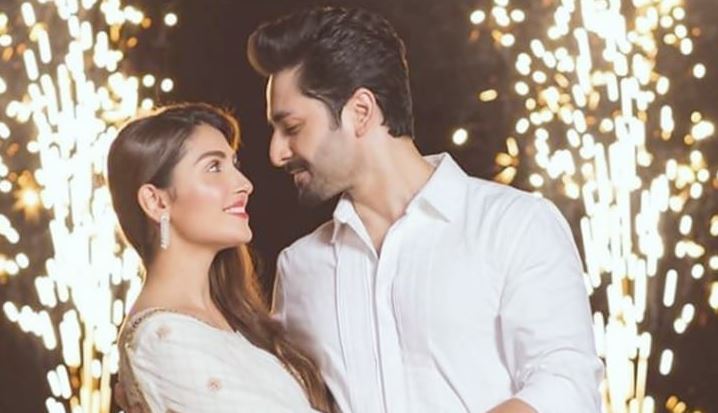 It is always interesting to find out our favorite onscreen couple is also married to each other or to some other celebrity in real life. The drama with real-life pairing also draws a huge audience and more success and hype to that drama.

The content creators also like to cast real-life couples onscreen to bring out their sizzling chemistry. Over the years, many couples have worked together on the same projects. This has benefited both the creators and the viewers.

Following is a list of actors who have worked onscreen as a couple and are also a couple off-screen in real life. We have rate them on level of popularity.

According to Google, Ayza Khan and Danish Taimoor were the most searched couple of 2014. At the time of this writing, they recently worked in the hit television show Mehar posh and are couple goals for all the newest Lollywood couple. The couple tied the knot in 2014 and were in relationship for six years before that. They were engaged but later broke up. However their love was strong so they finally got married in 2014.

The newlyweds are a favorite couple of the Pakistani drama industry. Both of them first shared the screen in the drama Yakeen Ka Safar which gave them immense popularity as the couple goals. Many fans banded for them to become a real-life couple. Their dreams become a reality in a short couple of months, and the actors tied the knot in 2020.

The couple publicly announced their relationship in 2019 and got engaged most dramatically after a few months. Yasir Hussain popped the question during an award show, Good for Yasir, to get this daring and get a Yes!

They worked on only one project called Jhooti before tying the knot in 2019.

One of the youngest Lollywood couples started dating in 2017 and made their relationship official by getting engaged and later tied the knot in 2018. The couple did many serials together, first appearing in Bay Qasoor in 2015, Khatoon Manzil, Khawab Saraye, and Baandi.

Both are well-known theater actors who have recently joined the big television screen. They both appeared in the comedic drama called Ready Steady Go, which became an instant hit. What many fans don’t know is that they are married and are a real-life couple. They tied the knot in 2018 and have since been living a happy married life.