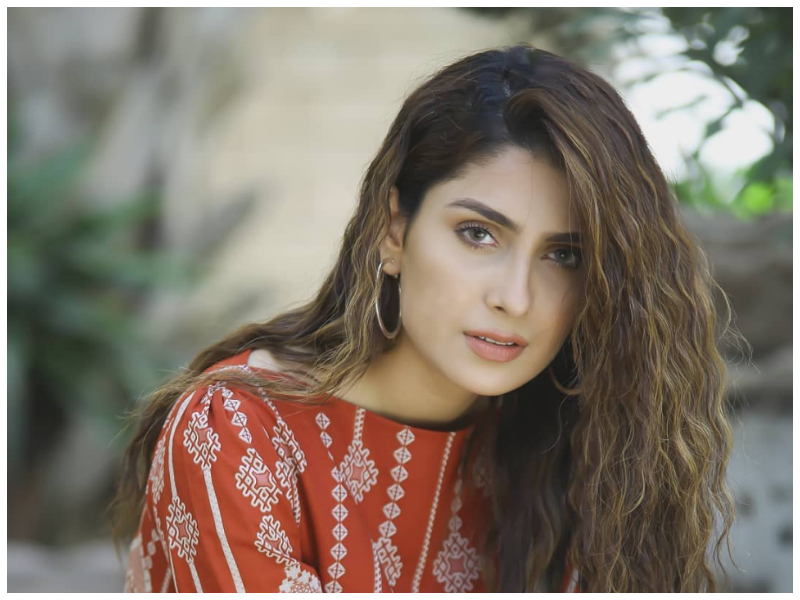 Recently, Ayeza Khan posted a picture of herself wearing a mask having Pakistani and Turkish flags on both halves. In the boomerang wearing that mask, she mentioned ‘Pakistan×Turkey’ with hashtag stay tuned. This has started rumors around that Ayeza might be working on a turkish project.

Ayeza Khan is the most followed Pakistani actress on Instagram having 8 million followers. As she gave, one super hit drama after another, so the public have their eyes all on her.

Later, she posted a picture with the turkish actress Gyulsim Ali, who played the role of Aslihan Hatun in Diliris Ertugrul series, which confirmed that something exciting is coming.

On the other side, the fashion designer Maria B. also posted videos on her Instagram account about her meeting with two megastars for her upcoming lawn collection’21 ‘Uniting Cultures’.

As the name indicates, this campaign is going to be an iconic blend of two nations united by culture, faith and love. We hope that this beautiful Pak-Turk duo will open up more ways for both countries in the future.

One thought on “Is Ayeza Khan Planning to Act in Turkish Serial?”